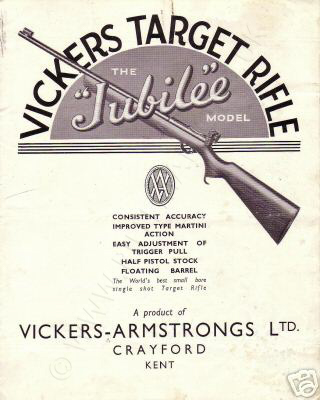 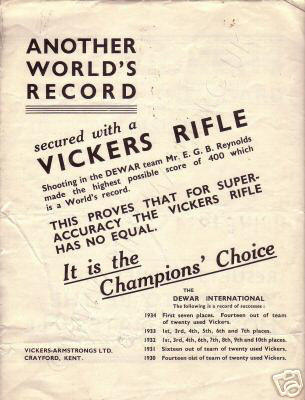 We, VICKERS-ARMSTRONGS LIMITED, a British Company, of Vickers House, Broadway, Westminster, in the County of - London, and PERCY BURLEY, Sales Manager, of Vickers-Armstrongs Limited, aforesaid, a subject of the King of Great Britain, do hereby declare the nature of this invention to be as follows :—

This invention relates to rifles.

According to the present invention adusting means are provided whereby the "pul " that is required to be exerted on the trigger to release the firing mechanism can be varied, such means 5 being so constructed and arranged that adjustment can only be effected after the action of the rifle has been removed from its housing in the barrel or receiver and/or after removal of the stock from thei rifle. In other words the adjusting means are not accessible until the action and/or the stock has been removed. In the application of the invention by way of example to a rifle of the Martini type the said adjusting means may comprise a screw bearing upon the trigger spring the latter being mounted on a pivot about which it is turned under the action of the said screw. The trigger spring may be pivotally mounted in a recess in the action frame or trigger guard the pivot being disposed between the ends of the trigger spring which may be of slightly crank formation. One arm of the trigger spring is flexible and exerts the resilient or spring pressure on the trigger for which purpose it may have an upwardly turned end that bears against a shoulder on the trigger whilst the other arm is enlarged and is of solid or rigid construction, the said spring pivot being provided in the rigid part with its axis parallel with the axis of the pivot of the cartridge ejector and disposed beneath the latter. The end of the said rigid part may have an inclined surface with which co-operates a tapered end of a grub screw threaded in a hole extending to the forward end of the action frame or trigger guard from which end the head or outer end of the grub screw can be adjusted. It will be appreciated that by screwing or unscrewing the same grub screw, adjustment of the trigger spring is effected by using the latter to turn about its pivot so to as to increase or decrease the weight of  the "pull " required to actuate the trigger.

As above mentioned, the arrangement is such that adjustment of he said grub screw cannot take place 60 unless the action as a whole is removed ruin its housing in the barrel or receiver and/or the stock is removed from the rifle. For this purpose the disposition of the adjusting screw is such that its head or outer end lies immediately beneath the barrel of the rifle, the threaded hole and the said screw being inclined away from he axis of the barrel so that the tapered end of the screw projects downwardly in the direction of the trigger guard. When the stock or fore-end is applied to the barrel or receiver it covers the threaded hole and the adjusting screw end thus the latter is not accessible for adjusting purposes unless the stock or fore-end and/or the action are removed from the barrel or receiver. Other means of adjusting the spring pressure exerted on the trigger may be provided such as cam or other devices that may be rotated or operated for example to alter the position of a trigger spring such as that aforesaid and in all cases the construction and in all cases the construction and arrangement are such that the adjustrnent can only be effected after the action and/or the stock or fore-end has been removed from the rifle. 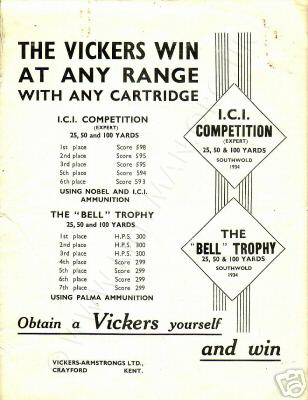 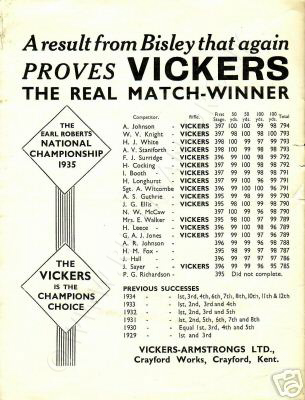 Agents for the Applicants.