The Lee-Enfield No.1 Mk.V Rifle

The No.1 Mk.V was effectively an interim development rifle betwixt the No.1 Mk.III rifle variants

and the No.1 Mk.VI rifle, which latter model became the Rifle No.4 Mk.I

The rifle embodied the first employment on a Lee-Enfield rifle of a folding-leaf aperture sight.

Essentially a No.1 Mk.III* rifle, the action body was modified to accommodate a wide folding-leaf sight that incorporated,

in its folded down position, a battle aperture and, in its raised position,

a longer range adjustable height aperture for distances between 300 and 1300 yards. 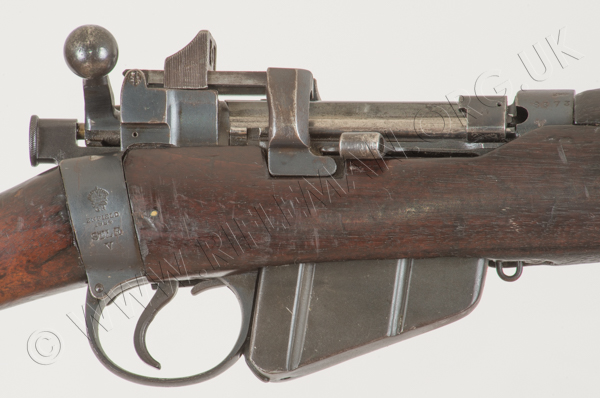 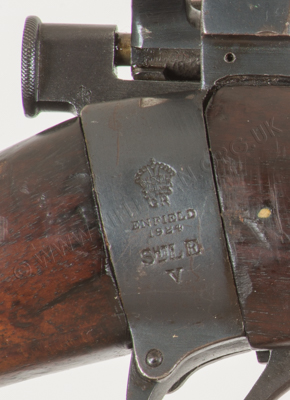