N.B. There are a great many historic target images available on this site

There were four main TARGETS initially used, all of which are shown here. 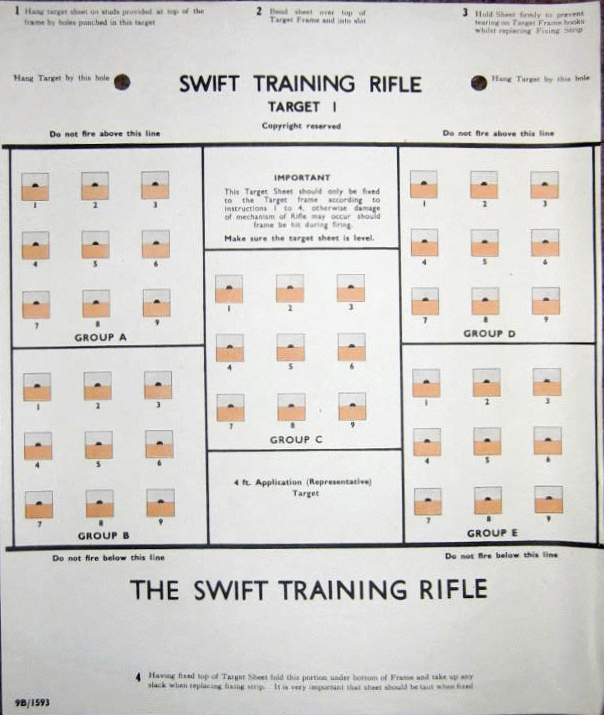 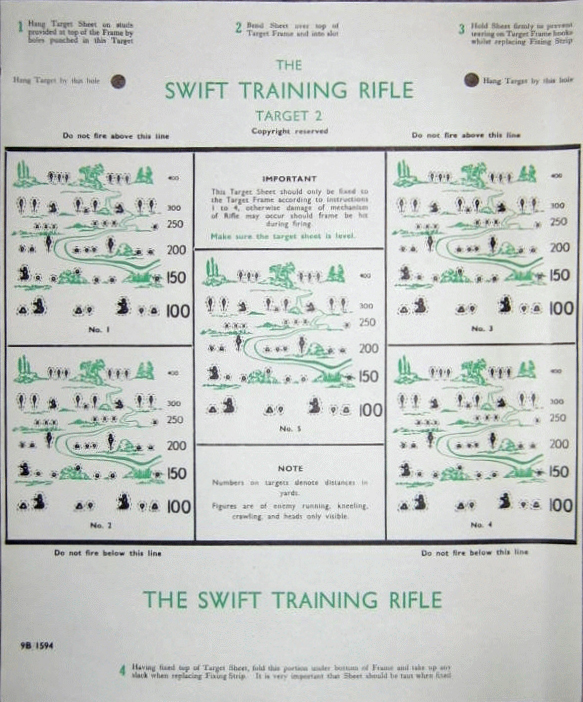 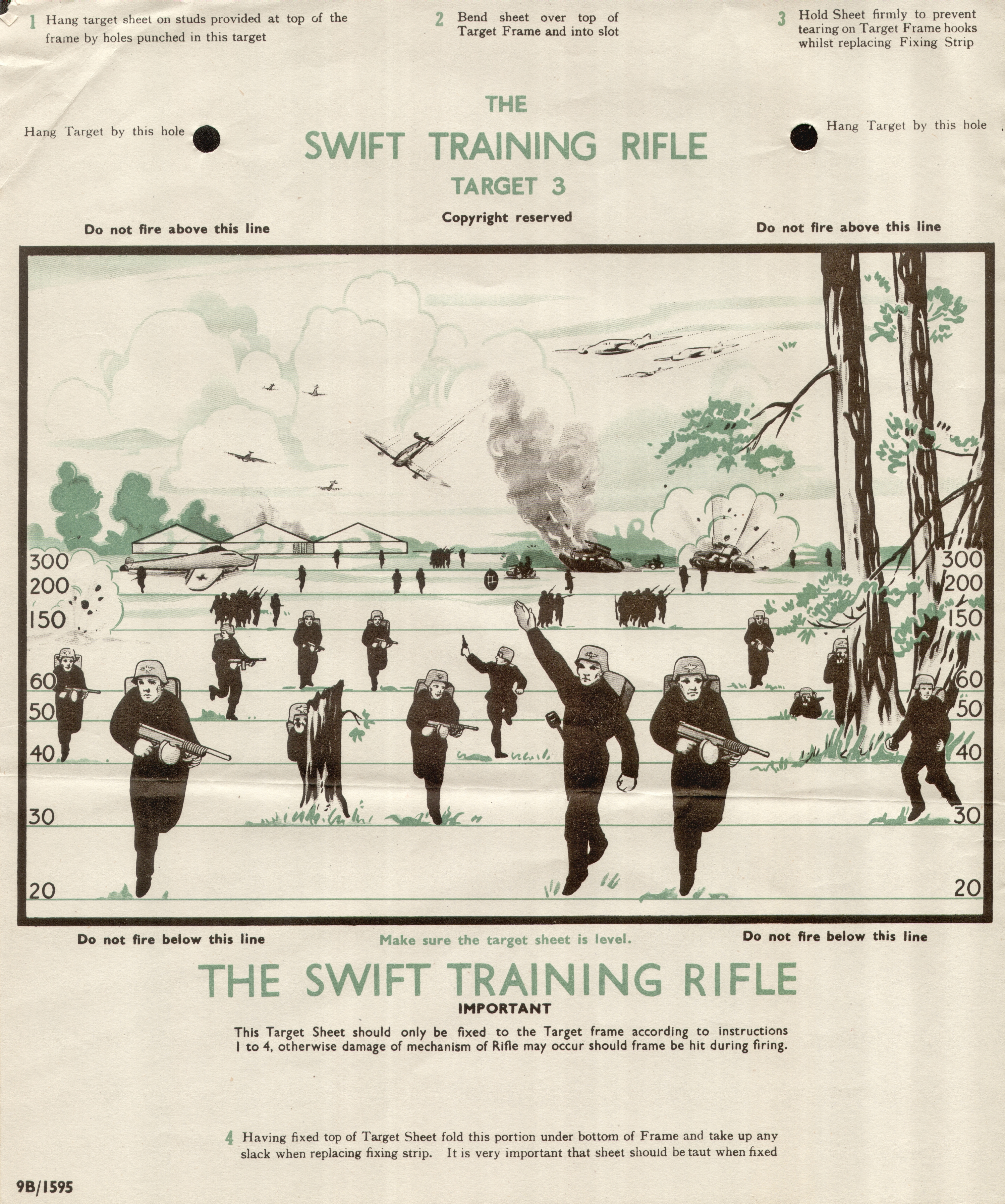 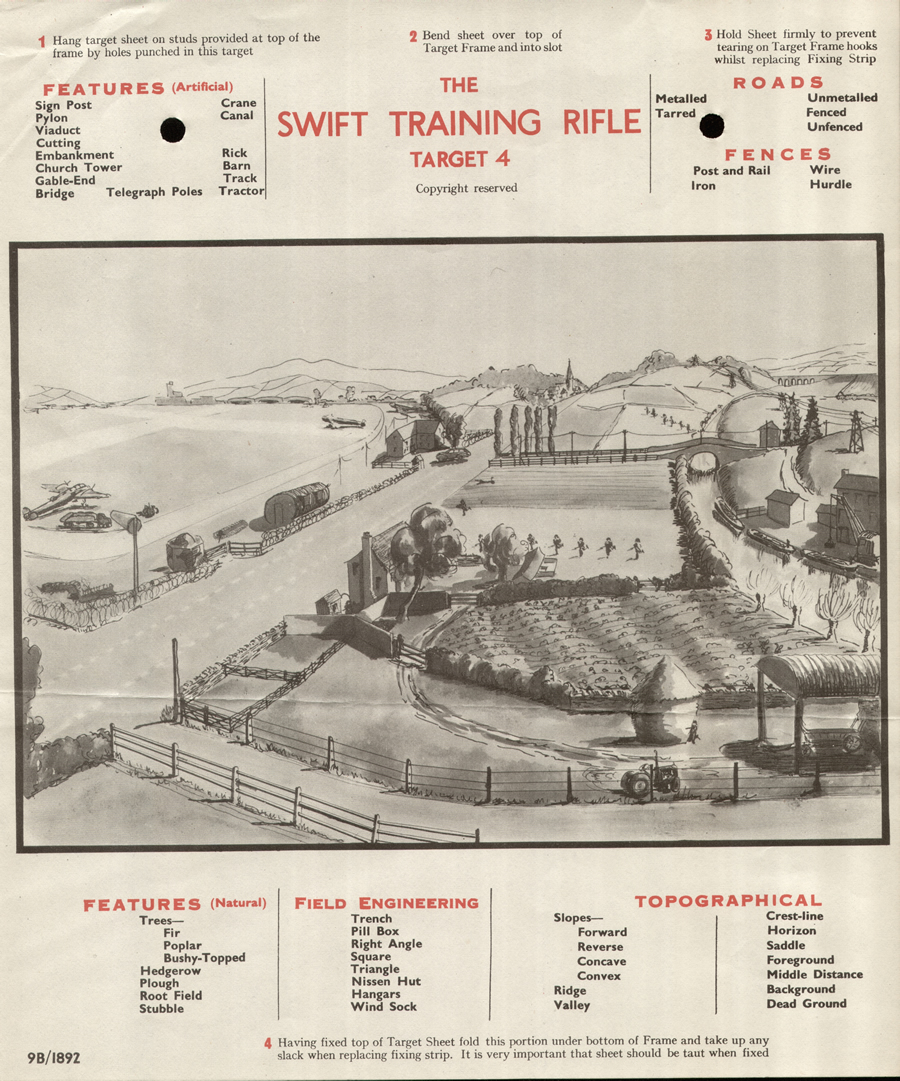 A fifth Swift target has recently come to light. It is effectively the same as target No.1 in design, but is printed, unusually for a target of any kind, in a bright blue. Whether this was an economy version of the target is not certain, but this is a distinct possibilty, because even two-coloured printing was expensive at the best of times, and deemed positively wasteful in wartime. 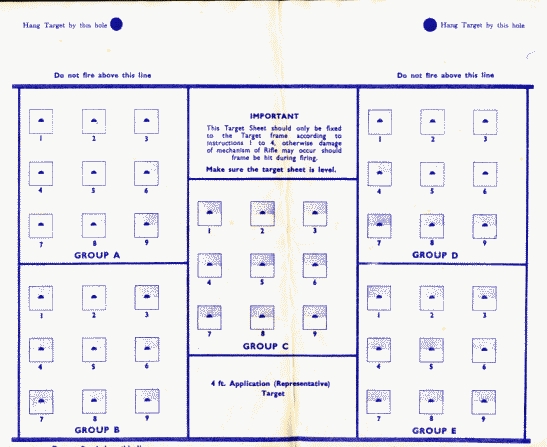 Below is a miniaturised version of the 1899 Military fullbore targets depicted at Bisley. It is designed for modern use on a fifteen, twenty or twenty-five yard range. Copies may be obtained by contacting the editor The target is simply a representation of the original for use on a smallbore range with early training or target rifles.