It is almost surprising that there is still a market for these rifles so many years post the First World War.

Only the relative cost of the more modern TARGET RIFLES such as the BSA Model 12,

can have kept the Martini-Henry and Martini-Enfield conversions in production.

which is fitted with an optional folding rear-sight - the No.3 - 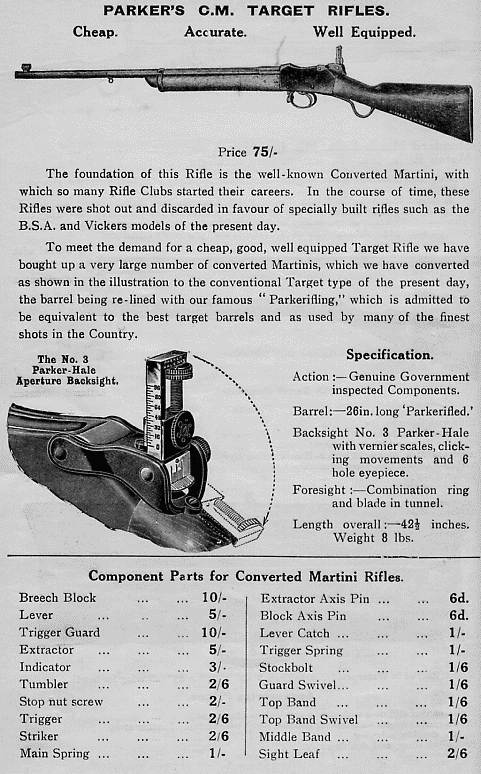 below: the similar 1933 advertisement in the Parker-Hale catalogue for what has become the CMT. 1. 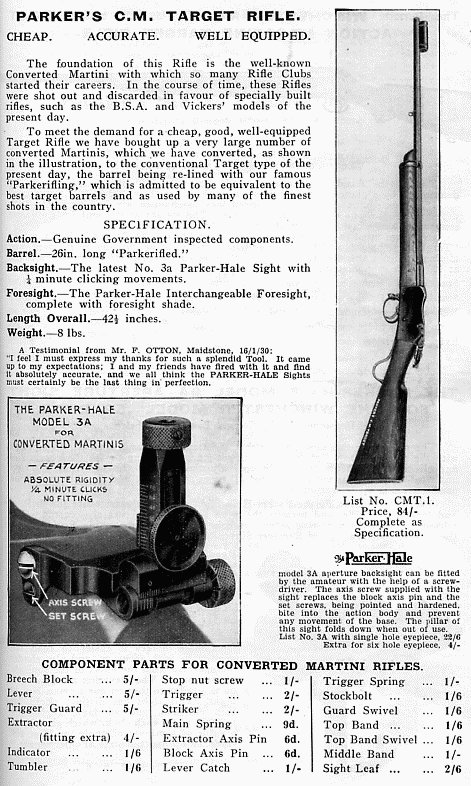 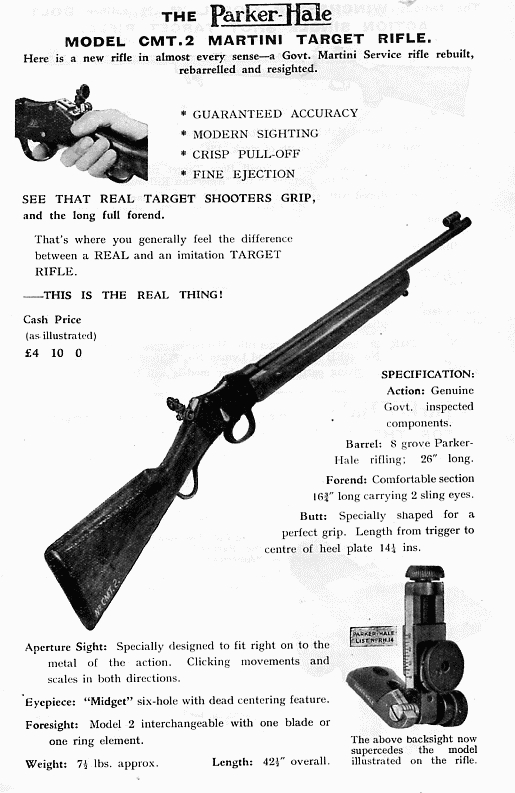 Below: the triangular "BISLEY WORKS" stamp of the A.G. Parker Co. in Moseley Road, Birmingham. 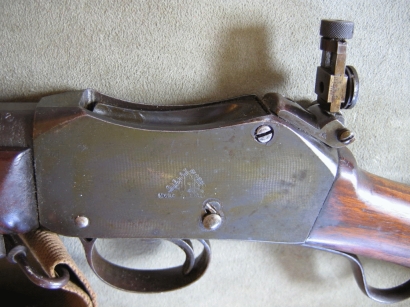 with the CMT.2 model number. 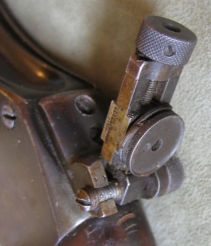 The standard P-H Model no.2 tunnelled fore-sight is dovetailed into a ramped block. 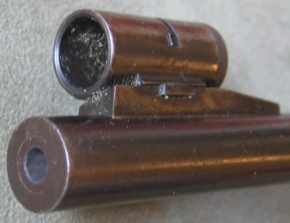 Below: the CMT 3 rifle advertised in 1947 immediately after the Second World War

Who would have thought that such rifles were still marketed, even marketable,

after more than half a century of significant rim-fire rifle development.

Other than post-war material shortages, only the fact that the totally obsolete

Martini rifles and spares were available can explain this slightly extraordinary situation. 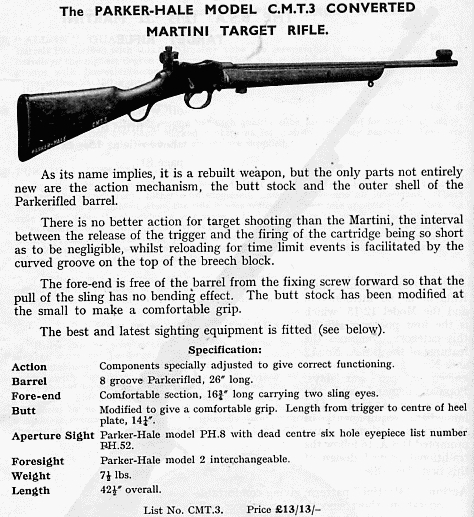 After the W.W.II, there were very few .22 rifles available in the U.K.

New American rifles here were almost unheard of at this time and could only be expensively and especially imported.

The only .22 rim-fire target and sporting rifles advertised, even by 1947,

were converted S.M.L.E. rifles ( the Enfield No.2 rifle), the above C.M.T. 3 conversions of the Martini-Henry -

and the BSA Sportsman rifle.

By 1951, the Martini-Henry conversions were sensibly no longer on offer.

The only TARGET RIFLES available were the above mentioned BSA Model 12/15,

Of sporting .22 rim-fire rifles there were only the BSA Sportsman models

There was, however, one unusual option of a converted Martini still available.

and an example of these is still held in the collection of the Birmingham Proof House.

In common with the CMT-2 rifle, the disc rivetted to the action carries both

The image is by 'Rifleman', taken by courtesy of the Trustees of the Birmingham Proof House.

For equivalent rifles, of British manufacture,

We are sometimes asked for information concerning Parker-Hale products, particularly with regard to dating the manufacture of the company's rifles. We have made enquiries regarding whether any records that might assist such research remain in existence. We approached Parker-Hale, as that company stands at present, and also two other companies, one of which purchased the trading rights for cleaning products, and the other which bought-up most other remaining stock. The owner of the latter company recalls being present, at the time of the sale, and watching sights and valuable other stock being binned for disposal at scrap metal weight rates. Sadly he also remembers seeing all the files and papers from the offices being brought out of the premises and piled onto a huge pyre! As far as we are aware, any relevant records are therefore likely to have gone up in smoke; such has been the way of the World in recent years, with similar action being often taken in the name of fraud prevention.